This 1958 Ferrari 250 GT LWB California Spider (Chassis no. 1055 GT, Engine no. 1055 GT) Sold for $8,800,000 on January 17, 2014.
Chassis 1055 GT, was the 11th example built, and it was finished in classic Ferrari Rosso Rubino, with a black leather interior, and fitted with covered headlamps from new, according to its factory build sheet. And Former owners include Gerald Roush and Anthony Wang. 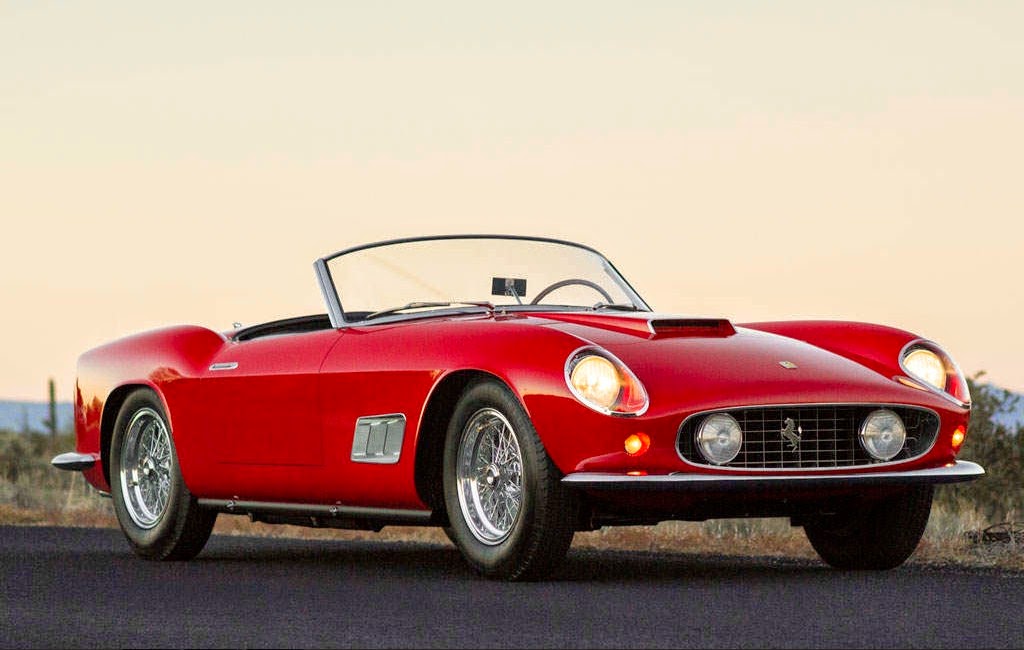 The California Spider is considered by many to be the most beautiful car to ever come out of Maranello, and it certainly had performance credentials to back up its stunning presence. To the individual that was looking for a car that could be driven leisurely with the top down on Saturday, taken to the track and raced hard on Sunday, and with the requisite Italian style and flair only a Ferrari could deliver, there simply was no other option. 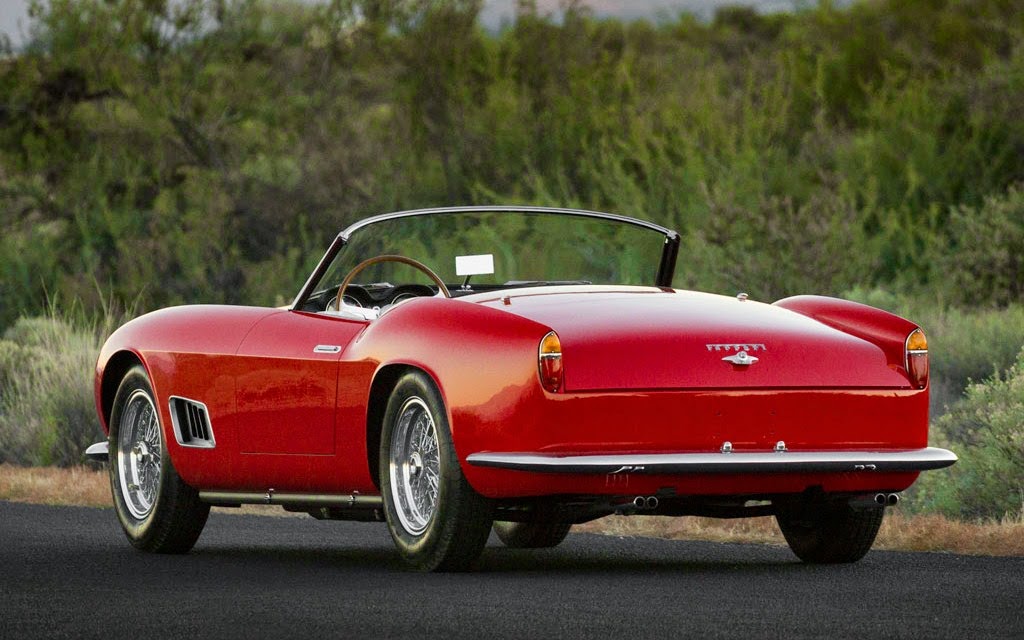 California Spider production began in 1958, and several examples had been built by the time it was announced as a separate model at Ferrari’s annual press conference in Modena on December 9, 1958. Many of the early California Spiders carried only subtle changes over their hardtop siblings. The prototype California Spider (chassis 0769 GT) was nearly unchanged from the TdF, with the exception of its convertible top. By mid-1958, the California Spider had adopted an engine with reinforced connecting rods and crankshaft (type 128D) and a new chassis (type 508D), but it still retained the 250’s original wheelbase of 2,600 millimeters. Cosmetic changes were minor, with slightly revised wheel arches, and it could be specified with either open or closed headlights. All told, 14 LWB California Spiders were built during 1958, with the remaining 36 cars being built between 1959 and 1960. _rmauctions 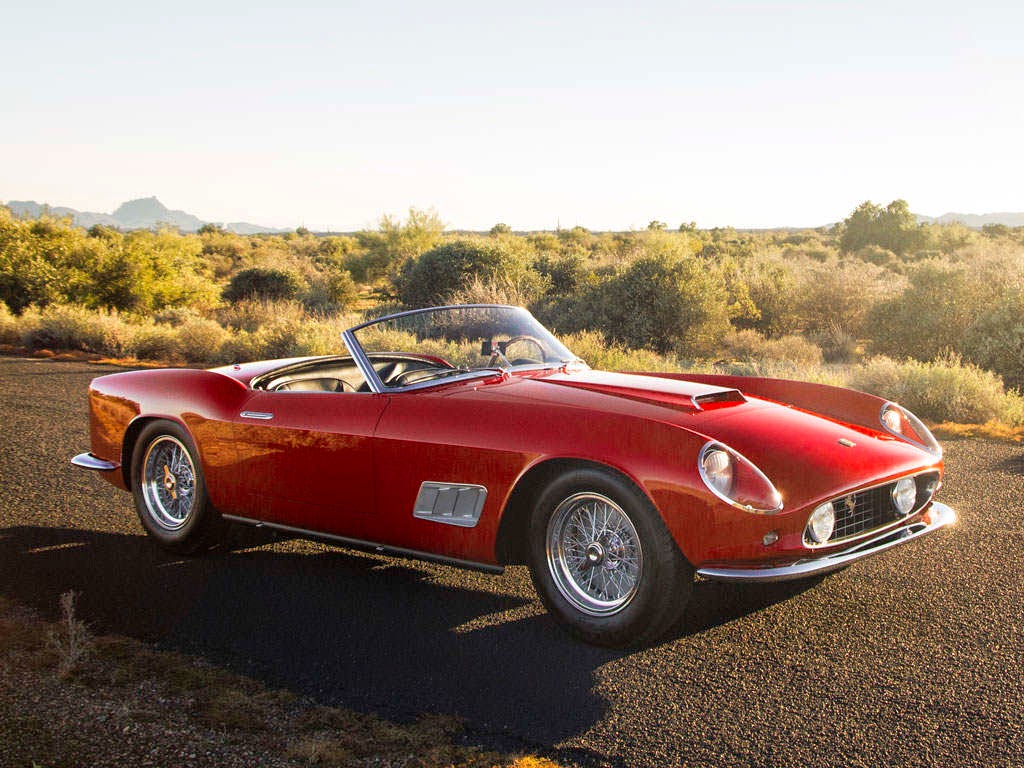 Posted by admin at 1:33 PM No comments:
Labels: Antique

Read more »
Posted by admin at 6:29 AM No comments:
Labels: Antique

A 1515 woodcut by Albrecht Durer titled "The Rhinoceros": sold for $866,500 at Christie’s in New York at Jan 30, 2013, setting an auction record for the German Renaissance artist. The sale toppled a record set minutes earlier for a circa- 1501 engraving titled “Saint Eustace” that went for $722,500.

Read more »
Posted by admin at 3:20 AM No comments:
Labels: Antique

Collecting antiques may be classified as one of the most expensive yet fulfilling hobby for its enthusiasts, and it is certain that everything we need to know about antiquing information has been generated by these people over the years. Antiques can be any piece of material, which is at least one hundred years of age; some of the items are books, furniture, pictures, jewelleries, and works of art. If you are starting to get engaged with this leisure, it is important that you are equipped with the knowledge and dedication with regard to antique hunting to guarantee that the items are of significant value and likewise, avoid getting useless scrap.

Read more »
Posted by admin at 3:06 AM No comments:
Labels: Antique

The Secret to Buying Antique Furniture

Do you want to buy antique furniture? If your answer is yes, then, it's crucial that you are aware of the factors that should be considered when buying second hand furniture. Of course, you want an original antique and not a mere imitation. Being aware of what to consider will help you arrive at the best decision. Moreover, you will be able to save money and your efforts would not go wasted.